Portugal doesn’t actually drink that much rosé. Not a great start to an article, huh?
However, it’s not really their fault, because there aren’t very many Portuguese Rosés out there, even if some of them are pretty famous. I’m sure you’ve heard of one of them.
Really? Which one?
What if I told you it was a wine enjoyed by both Jimi Hendrix and Queen Elizabeth?

Historically, Portuguese rosé has been sold in Brazil and Angola, because of the market’s language compatibility. Even England treated itself to abundant Portuguese wine. Americans, who discovered it late in the game, have already made it quite easy to find in the supermarkets. Think about how popular it is, considering Portuguese Rosés are actually Mila’s favorite kind of wine.

Let’s start our journey at the discovery of the regions and subsequent characteristics of the most famous Portuguese rosés. Actually, you know what we should do? Let’s imagine that we’re with our pal Mario- yes, the Mario who had the brilliant idea to unify wine and surfing. Let’s grab our imaginary surfboards and surf our way up to the north of Portugal, where we find the Minho region.

The Minho region produces what we call Vinho Verde (green wine). Yes, yes it’s referred to as green, but it totally doesn’t look green. In fact, “vinho verde,” in Portuguese, means “young wine.” You can find “young wine” in red, pink, and it’s most popular, white.

Minho isn’t only the biggest wine region in Portugal, but the coldest: it’s difficult to find grapes that ripen perfectly in this area. It’s an exciting challenge for winemakers, but in this region, one can manage to obtain light, fresh wines, with a nice level of acidity and a low alcohol content.
Other than white wine, they produce rosé and reds from Vinhao, which is a type of grapevine that appears dark blue, with red grapes. The red wines are therefore very colorful, as well as the rosés, and are characterized as fresh and citrusy. Another vine with white grapes is the Alavarinho, from which you can obtain very structured and fragrant wines.

Fun fact: The only Portuguese national park, the Parque Nacional de Peneda-Geres, is found in this region. If you check it out during your next trip out the door, don’t forget to bring a sweater… and it would be useless to remind you to bring a bottle of rosé. 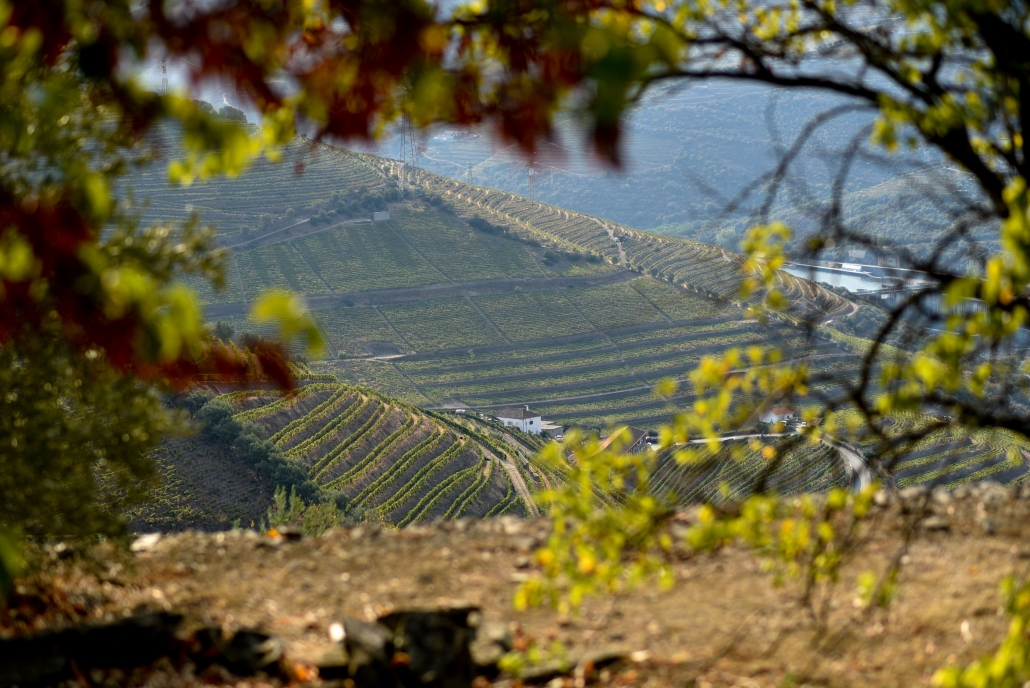 Let’s continue our imaginary surf, traveling a bit south, down the Portuguese coast. Here is where we’ll find the world’s most famous area for the production of a fantastic wine, Port. It’s the same region where they produce the Mateus, and emblem of the portugues rosé. Yes, that one, the wine we mentioned way at the beginning.

The rosés here can be light and fresh, or even full-bodied with notes of red fruits. You make these wines from the same variety of grapes that make Port. We’re talking about Tinta Roriz, Tinta Cao, Touriga Franca and the national grapevine, the Touriga National. In the Douro region they also produce red wines, mostly table wines, with herbaceous hints and a nice consistency. The vines from Douro are all over terraces bordering the Douro river. The climate characterizes the region, offering dry summers and some of the most scenic views: to be enjoyed with a glass of regional rosé, of course.

If you’d like to experiment with regional pairings, try enjoying your wine with a “francesinha,” a typical Portuguese sandwich.

Fun fact: Besides Mateus, there’s another very famous wine produced here, called Lancers. Both of these wines were created during World War II, during which the production and sale of Portuguese wine collapsed. The land owners in Douro combined their forces and created these two wines. The Lancers, like the Mateus, has a luminous color, with very fresh aromas. It’s a very friendly wine, easy to drink. 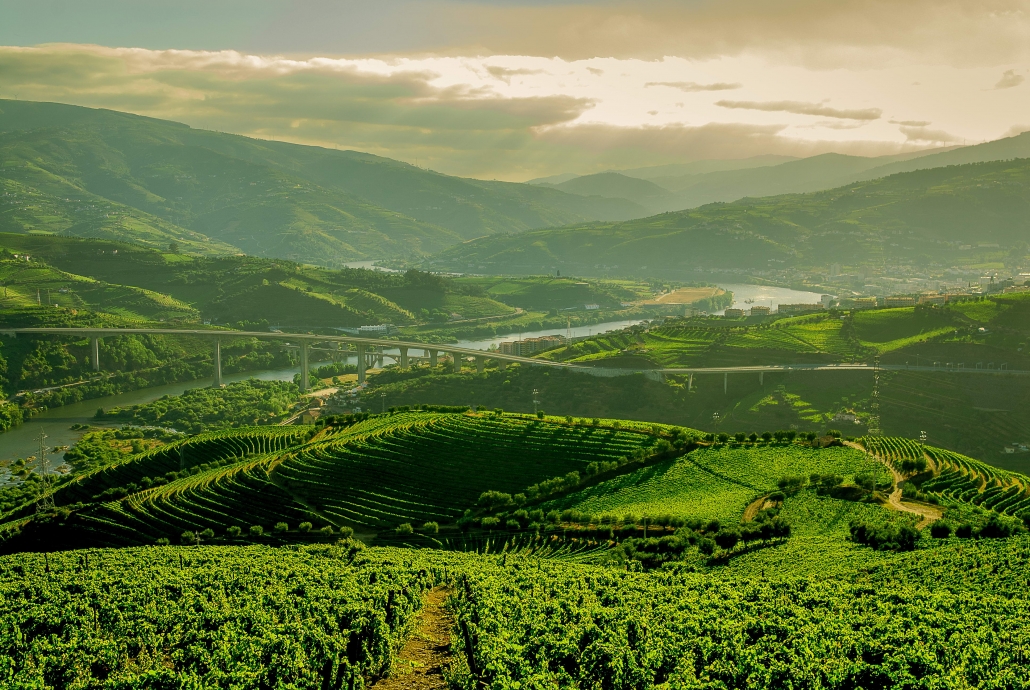 Let’s surf a bit more south and then put away our surfboards- we’re going inland.
We’re in the south of Portugal now, more or less in the Lisbon area. The climate is hot and dry in summer, cold in winter. It’s a mostly rural region, with lots of co-op communities. The most important vines here are the Tinta Roriz and the Periquita. There are also a few French varieties, like Cabernet Sauvignon and Syrah, which are renowned. The DOC lands in Alentejo are poor, but they offer wines that are recognizable from their aromas of spices and ripe fruits. The rosés that you get from this region are mostly earthy, with more intense colors and a light tannin.

Our brief but beautiful trip to discover the Portugal rosés end here- I hope you had fun imaginary-surfing with us. Let us know, as always, what you think of this magical region.