GERARD BERTRAND: A CHAMPION IN LANGUEDOC

Talking about the protagonists of the rosé world we have to mention Gerard Bertrand, the chammpion who believed in and promoted the potential of rosé wine.

Another story of the quality rosés made in Provence?

Not really, because Bertrand’s wines are made in Languedoc and his name is  known throughout France and also throughout the world.

Bertrand was a rugby star from 1984 to 1994. After his career he returned to Corbieres, the village where his father bought a small winery in 1970.
Little Gerard grew up helping his father in the vineyard and in the cellar, assuming more and more responsibilities even after starting his professional career.
This is because the sports championship started in November and ended in May, while the harvest season began in June and ended in October. After the accidental death of his father, he devoted himself totally to the family business becoming one of the best winemakers in the Languedoc.

Today, after 20 years of growth and dedication in the Company, he owns several Chateaux in the south of France and sells his wines in more than 100 markets.

“If you want to have success, you need to think big. You need to do the best you can do”.

Gerard has built his business and his fortune by taking on important risks: since 2002 he has started converting all his vineyards into biodynamic.

Gerard was both one of the pioneers of biodynamic and one of the pioneers of the growth of the rosé trend. In fact, in 1990, the sommelier of a famous French restaurant requested the possibility of bottling Gerard’s rosé in magnum, a request that was immediately accepted. It was not usual to bottle magnums of rosé in the 1990s, and Bertrand’s dedication to producing quality rosé wine has continued to grow exponentially.

In 2005, “Gris Blanc” was introduced, a famous blend of Grenache and Grenache Gris, so soft that it looks like a white wine.

As a true sportsman Gerard Bertrand does not fear the rivalry with the much more prestigious rosés of Provence, indeed he loves these challenges. He is convinced that he can obtain the same level of quality, perhaps even higher by exploiting the diversity of the Terroir and the grapes.

Currently Gerard makes many rosés, obtained from grapes coming from different Chateaux and different terroirs.
The cost of wines has a very wide price range ranging from 10 to 200 euros. 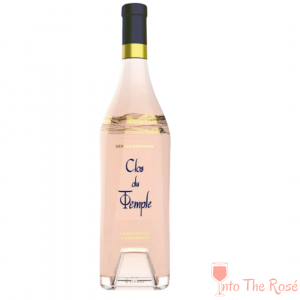 The most expensive rosé is Clos du Temple, a rosé wine obtained in Languedoc from a blend of Syrah, Grenache, Cinsault, Viogneier, Mourvedrè, ages 6 months in barrique, considered the best rosé in the world of 2020 at the Global Rosé Masters of Drinks Business and obviously certified biodynamic.
The wine is an AOC Cabrieres Languedoc, which since 2010 has adopted a specific regulation very emphasized on the production of quality rosé wine.

The last comment and 1 other comment(s) need to be approved.
0 replies

Do you want the pink emoji?

About Minerality of Rosé
Scroll to top