Let’s go back to France, where we find some of the major protagonists of the #rosérevolution – especially Bodvár-House of Rosés.

Not necessarily, but this story dates back more than 160 years. It takes place in Sweden.

“How is Sweden involved?”

The Hafströms family, the actual proprietors of the Bodvár company, are Swedish in origin- they’ve always been passionate about the world of alcohols and luxury brands. I say brand because the great-great-grandfather of the of the actual CEO of the company, Bodvar Hafströms, founded one of the world’s biggest producers of tobacco in 1855.

In 1846, Bodvár Hafstrom’s maternal side of the family founded the Swiss company for Cognac called Grönstedts, which is still today one of the greatest manufacturers of the brandy. Johan Daniel Grönstedt always had a weakness for French wine. Initially, he produced an eponymous wine with his family’s name. There are more than 160 years of tradition that went into the production of Bodvár, the only winery dedicated exclusively to the production of rosé.

The rosés made in this winery come from various regions of France and are numbered in a particular way. On the labels, we’ll find numbers like N1, N5, or N7.

Why are they numbered?

Before creating a new wine, the winemaker creates a few trial bottles defined as “blends”.

How is the blend made?

There are various bottles, and each bottle is filled with a different blend- that’s either different grapes or the same grapes with different percentages of each.

What does that mean?

We know that wine can be made from various types of grapes, because generally, we know how wine is made.
The thing that changes from test bottle to test bottle is the percentage of each grape that gets used.

For every blend they make in the lab, they assign a number to recognize the blend without having to reference the percentage of each grape used, so as not to condition the taste tester. That’s where the fun begins.
The team at Bodvàr House, after having tasted the different blends, decided to assign, like names, the numbers the blend was derived from. Because of this, we now have numbers instead of names on the labels. 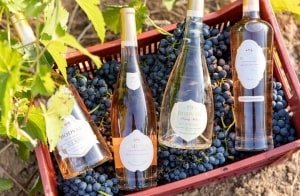 Deciding which blend is the best of the three is quite difficult, considering I’m particularly fond of all of them.

To complicate the choice, the recent release of Bodvár N ° 8 Rosé obtained from a blend of Grenache, Cinsault and Cabarnet, in the Coteaux Varois en Provence, the Company’s organic wine.

Bodvàr is famous for producing indubitably excellent wine, and for being a definitive brand ambassador for rosé. But, above all, it’s because they were the ones to create National Rosé Day, which is celebrated on every second Saturday of June. The company goes all out in organizing parties and tastings where the good wine and good fun never end.

Many of the events are held by famous people in appreciation of Bodvár. Otherwise they are often held by official partners from events like the Academy Awards, as well as other sporting, boating, auto, and equine events.

Have you ever tried wines from Bodvár? If you haven’t yet, we strongly recommend you find some! 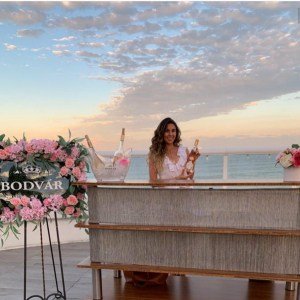 The Rosé LifeStyle – Your Daily Source of Rosé
Scroll to top