WHAT I HAVE LEARNED FROM ANTEPRIMA CHIARETTO 2021

I partecipated at Anteprima Chiaretto 2021 and I was able to see that there is a future for pink wine despite the Italian bureaucracies, fortunately.

Here’s what I learned:

From this April it is possible to use the name Chiaretto di Bardolino instead of Bardolino Chiaretto. The reasons? Giving prestige and focus on the identity of a typical rosé wine.

According to the specification, the color of the wine will be Light Pink, which means “a range of colors that can be reached, because you don’t want to achieve product approval, but a territorial identity.”

On the other hand, one of the reasons why we appreciate pink wine is precisely for its infinite shades of color. 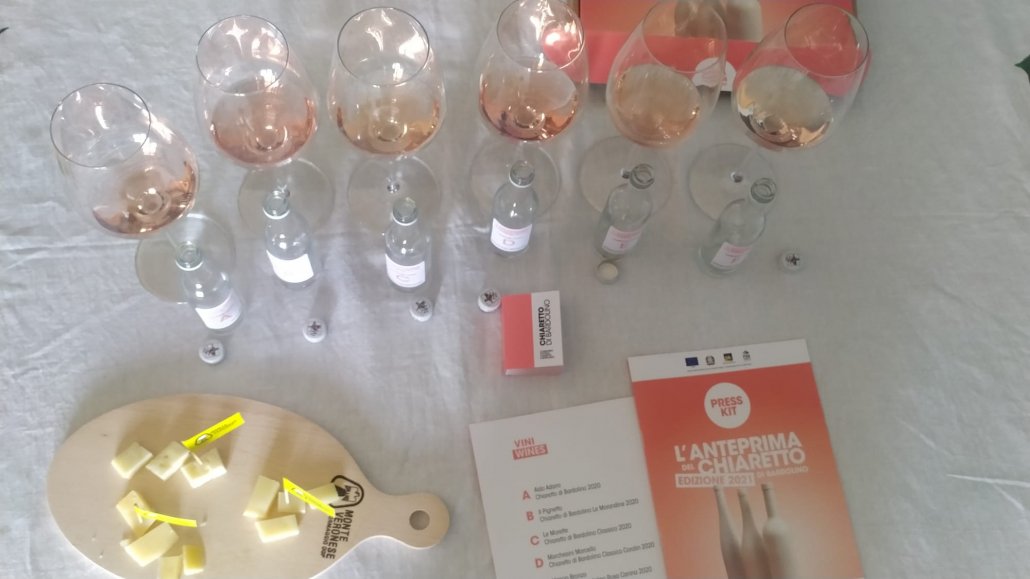 I was very impressed to know that I was at the 12th edition of this Preview and that since 2014 the producers have launched what is called the Rosé Revolution. A Consortium that believed in its territory and its territorial wine, the pink wine.

The origins of this wine in fact date back to Roman times, when wine began to be produced on the shores of Lake Garda using the press, which allows the grapes to be pressed but not macerated. Thus was born the Clarum wine, the Chiaretto.

The main grape used to make this wine is Corvina Veronese which, when pressed delicately, gives the typical citrus scents. Together with Corvina, Rondinella and Molinara are also used, grapes poor in anthocyanins.

The press was also used by the Romans in Provence that makes the most important rosé in the world. In the regions of Southern Italy, on the other hand, Palmento was used, which requires a longer maceration that gives more intense colors to pink wines.

The Chiaretto Preview ends with some topics to which I am very attached: alternative closures. There are numerous requests from Scandinavian countries for rosé in Bag in Box, but unfortunately the regulations do not provide for this possibility.
And as Provence begins to promote its canned rosé, I wonder why it took 4 years in Italy just to be able to change the name from Bardolino Chiaretto to Chiaretto di Bardolino.

What temperature should you drink your rosé wine?

Do you want the pink emoji?
Scroll to top